My son and I bottled the Festa Brew West Coast IPA last Saturday. Everything went very well. We didn't quite get as much as other brews.

For example, the wheat gave us ~22L of bottled goodness. The IPA only gave us ~20L. The original bag of pasteurized wort was 23L. I know we lost about half a litre when we racked it, but I'm not quite sure where the extra disappeared to (aside from the usual evaporation and fermentation process)

I'm very anxious to try this one. The aroma makes my mouth water.

During the bottling process, we also learned something new.

We didn't use enough corn sugar for the carbonation of the Wheat.

Don't get me wrong; the wheat tastes pretty good, but it seems to be lacking a little something that I couldn't quite put my finger on.

While I was calculation the quantity of corn sugar to prime the IPA, I discovered that I used the wrong calculation for the wheat. The quantity we used was at least 50g short. Oops. I won't make the mistake the next time.

Aside from the carbonation, would that have made a difference to the flavour? I don't know, but I'll find out the next time I make it.

With 4 weeks to go until Christmas, I'd like to get at least one, maybe two, more batches of something ready for the Christmas season. I was hoping to make Festa Brew's Double Oatmeal Stout and Red Ale. I stopped by DeFalco's on Gladstone yesterday and picked up the stout. Sadly, they didn't have the Red Ale in stock. All they had was the West Coast IPA (lots of it!), the stout, Pale Ale, Wheat, and Blonde Lager. I might have to drive out to the Orleans location and see what they have.

I blogged about these guys last week.

They go live on November 28th at 1pm.

You can get more details on their web site by clicking -> here. 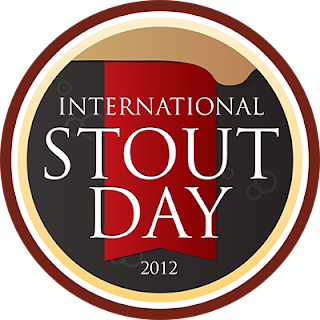 Off to find the Tom Green Beer. :)

No? Then these guys could hook you up: Brew Donkey.

Brew Donkey is a new, Ottawa Craft Beer delivery service for the Ottawa area.  For $12, they will deliver up to 9 growlers to your home (according to what I read on their Facebook page)

Not a bad deal, especially if you want multiple beers from multiple local craft breweries. (Or if you have no means of transportation, aside from public transportation.)


For $12 (plus cost of the beer) you could organize a pretty decent beer tasting event and not even have to leave your home!

If you want more info, check out the following links:

I've been toying with label designs lately. And name changes for my home "brand". Here's an early sample of one of the designs. 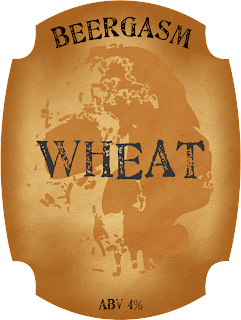 I can easily change the style of beer on the label and keep them all consistent. I wanted to incorporate some kind of colour that visually identifies the style, but so far I can't find anything that works well with the rest of the label.

The name "beergasm" was an afterthought moments before I uploaded it, since it's the name of my blog. As much as I liked "Billy Rigg", it doesn't feel enough like me. Another option is going with my last name: Paterson.

Email ThisBlogThis!Share to TwitterShare to FacebookShare to Pinterest
Labels: homebrew

My son and I bottled the Festa Brew wheat on Saturday.

We had a little bit of a hiccup when we started actually transferring it to the bottles. I decided we should try using a hose from my old kit. The hose is a little wider than the one that came with the new kit, so it fits onto the transfer and bottling rods with less effort. As the first bottle filled, the beer in the hose began to foam. A lot. And the foam transferred to the beer. I blamed the hose, so we swapped it to the narrower hose thinking it would fix the problem. It didn't.

As it turns out, the hose wasn't the problem. It just had too much air in it to begin with, and once it was gone it was fine. We didn't have that problem with the pale ale or bock.  Strange.

Again, we had difficulty getting an accurate gravity reading, so the alcohol content is a big estimate and should be around 4%.

I wasn't planning on starting another batch of anything until my beer "stock" drops, but yesterday I noticed an old post on DeFalco's Facebook page saying that they got a shipment of Festa Brews in, including the "limited" West Coast Pale Ale that I've been looking for. I was posted days after my last visit there.

I stopped off yesterday after work to see if they had any left and I was surprised to see that they had a lot of them. At first it looked like that's all they had on the skid. Because it's a "brewmaster's reserve" it did cost more than any others I've tried to date, at $40.99. The bock was $31.99 and the pale ale was less than that.

I might get it started this weekend. I'm low on empty bottles right now, but with a small change to my brewing process that won't be a problem. I read a suggestion somewhere that said to leave the brew in the primary container for a week, as opposed to the recommended 4-5 days, before racking. If I do that, and then leave it for at least two to three weeks in the secondary, I'm sure more than a few bottles will empty themselves out in that time. :)

Further details have yet to be announced.